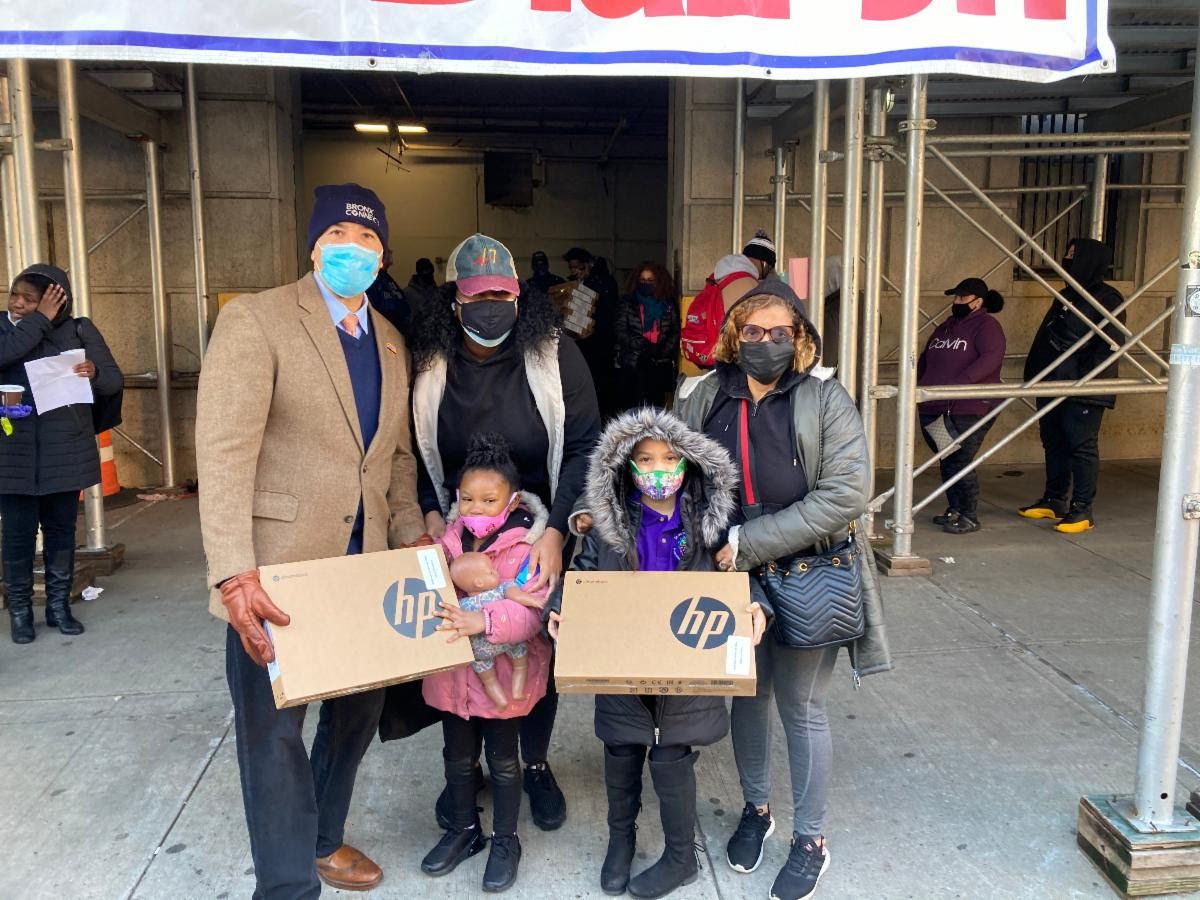 On Monday, January 18, 2021, on this National Day of Service honoring the Late Rev. Dr. Martin Luther King Jr., Bronx Borough President Ruben Diaz Jr., in conjunction with ADNIM Foundation, The Bronx Overall Economic Development Corporation (BOEDC), school leaders and community partners distributed Chromebooks to 400 Bronx students in need at eight different schools. This was part of a donation of 800 Chromebooks, the other 400 Chromebooks will be distributed at a later date by invitation only.

In October 2020, Borough President Diaz Jr. held a “Tech Equity Day of Action” and called on the Department of Education to provide appropriate devices to all students immediately, hold internet services providers accountable to provide WiFi access, provide easy access to devices to students, and improve communication around distribution of devices. In December 2020, several elected officials and community partners sent a letter to the New York City Department of Education Chancellor and the New York City Mayor demanding action, as the need was still not met. Through the generosity of the ADNIM Foundation, The Office of The Bronx Borough President was able to distribute Chromebooks Bronx students who have still not received devices.

“Providing Bronx students with access to the most current technology to succeed in remote learning has been a focus of mine since this pandemic first began,” said Bronx Borough President Ruben Diaz Jr.“Over 10 months into the COVID-19 pandemic, our students have been forced to navigate blending and remote-learning without adequate devices and internet access, causing many to fall behind in their assignments. I want to thank ADNIM Foundation for heeding our call, leading by example, and making the education of Bronx students a top priority.”

The Bronx has approximately 200,000 students, and by October 2020 The Department of Education distributed 84,907 devices in our borough.

“The global COVID-19 pandemic has shed light on existing inequities in our education system, and I am calling on The City of New York and anyone who is able to help to step up and invest in the future of Bronx students,” said Borough President Diaz Jr.

“What a privilege to be able to help 800 Bronx school kids on MLK day, striving to level the education playing field,” said Stanley Fleishman of ADNIM Foundation.

“BOEDC is gratified that it was a Bronx business owner that provided the laptops for 800 students in our borough. If education is the key to success, then The ADNIM Foundation just provided 800 Bronx students the opportunity of a lifetime,” said Marlene Cintron, President of The Bronx Overall Economic Development Corporation.

“We still have work to do to live up to the legacy and the teachings of Martin Luther King Jr., but I know that he would be proud of the diversity of our borough and the way we all come together to support one another, especially in this time of great need,” said Bronx Borough President Ruben Diaz Jr. “During a time when so many of us seek hope and healing, we must let Dr. King’s words continue to guide us while we strive to move forward as a borough and a nation.”

In her remarks, Pastor Naomi Tyler-Lloyd shares her belief that despite any current events, we should continue our work towards a just and honest society, where we can live peacefully among one another.

Video from the event can be viewed here: Remarks 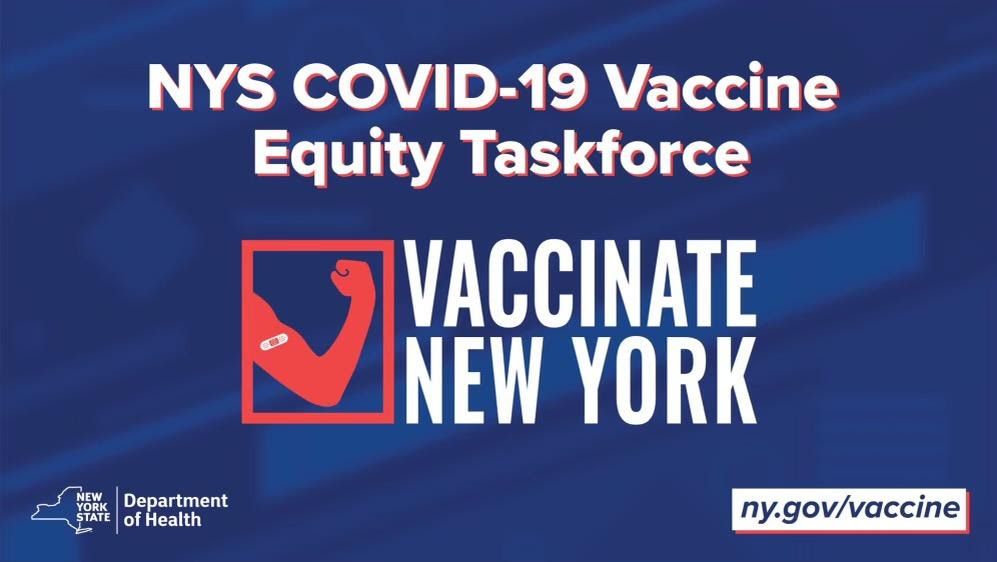 New York State has vaccination sites around our city. This only applies for individuals in the 1a and 1b categories currently. You can call 1-833-697-4829 or go to https://covid19vaccine.health.ny.gov to see if you are eligible and make an appointment.

If you have already made your appointment with the City of New York please do not call the State Hotline to register.