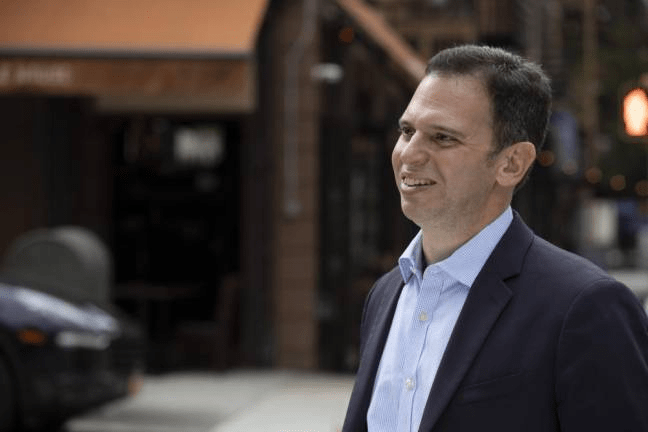 Congresswoman Carolyn Maloney and Assembly Member Rebecca Seawright have each endorsed Quart, citing his commitment to progressive reform in the city.

Quart has represented the 73rd Assembly District since 2011, winning re-election again in November. He launched his campaign for DA in 2019, challenging incumbent Cy Vance, though it is unclear if Vance will seek re-election.

“Over the years, I’ve watched Dan come to embody what it means to be a dedicated and principled public servant,” said Maloney, for whom Quart worked as an intern during Maloney’s first term in Congress nearly 30 years ago. “He has been a tireless voice for progressive change in Albany and an engaged community leader on the Upper East Side. I’m supporting him because I know he will bring the same integrity and determination to the Manhattan District Attorney’s office.”

“During the six years I have served in the New York State Assembly representing the Upper Eastside, Yorkville, and Roosevelt Island, I have seen first-hand Assemblymember Dan Quart’s strong effectiveness, dedication to reform, and enduring integrity,” said Seawright. “As a former Assistant District Attorney, I am proud to support his candidacy for district attorney of New York County.”

Criminal Justice Reforms
During his tenure in office, Quart has pushed for a variety of criminal justice reforms, including the successful effort to remove gravity knives – small, easy-to-access blades commonly used by a variety of workers – from the category of “deadly weapons,” as the law had proven to have a disproportionate racial impact. He also supported bail reform and establishing public hearings on sexual harassment in the legislature.

In his campaign so far, Quart has stated that if elected he would prioritize decarceration and a complete revamp of the office. On his campaign website, Quart lists ending surveillance-based prosecution, police accountability, an end to criminalizing the poor, and achieving justice for sexual assault survivors.

In response to perceived mishandlings of high-profile sex crime cases by Vance, including those involving Harvey Weinstein and Jeffrey Epstein, Quart has released a 9-point plan to overhaul the Sex Crimes Unit. The plan includes an external audit of the DA’s office and making plea agreements transparent.

“I was the first candidate to release a plan to overhaul the Sex Crimes Unit because I wanted it to be clear that a district attorney’s office under my leadership will put survivors first,” Quart said.

Seawright also praised the plan, saying it would bring “new accountability” to the office.

Quart will face off against eight other candidates for DA in the democratic primary, which will take place in June.