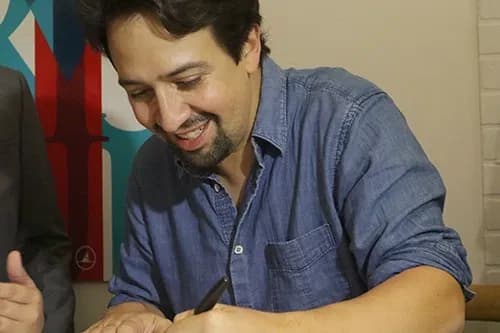 A key feature in the program will be the Puerto Rican community’s solidarity with Black people around the world by showcasing the traditional dance of Bomba, an Afro-Puerto Rican tradition of music and dance that represents resistance, survival, celebration and healing. Bomba originates from the black slaves who worked on the sugar plantations in 17th century Puerto Rico. Today, Bomba has become an artistic and culturally meaningful form of protest and a symbol of pride.

For the first time ever, National Puerto Rican Day Parade programming will air in the San Francisco Bay area on ABC7/KGO-TV, at 2:00pm PDT, as well as on ABC5 WORA-TV in Puerto Rico at noon EDT. It will also be streamed on abc7ny.com, the station’s connected TV apps on Amazon FireTV, Android TV, Apple TV, and Roku.  The stream will also be available on the websites of the ABC Owned Television stations in Los Angeles, Chicago, Philadelphia, San Francisco, Houston, Raleigh/Durham and Fresno.

In late May, WABC-TV Channel 7 and the National Puerto Rican Day Parade (NPRDP) Board of Directors announced their plans to broadcast a 90-minute TV special, hosted by WABC-TV anchors Joe Torres and David Novarro along with Sunny Hostin, co-host of “The View.”

About WABC
WABC-TV has been the leader in local news and entertainment programming in the New York City area for more than 60 years. Producing more than 45 hours of live, local news and weather each week, Channel 7 “Eyewitness News” is the most watched local news in New York and the United States. WABC-TV also produces “Live with Kelly and Ryan,” weekdays at 9:00 a.m., which is seen in more than 200 markets across the U.S. Quality news and programming, cutting-edge technology and ongoing community outreach are the hallmarks of excellence that have consistently kept WABC-TV New York’s No. 1 station and the most-watched television station in the nation.

About the National Puerto Rican Day Parade
Now in its 63rd year, the National Puerto Rican Day Parade (NPRDP) is America’s largest celebration of cultural pride in the nation. Programs and events preserve Puerto Rican culture through special tributes to national symbols, historical figures and campaigns to raise awareness on important issues impacting the community. NPRDP’s hallmark program is the Scholarship Program, which serves to advance educational achievement in the Puerto Rican community. The Parade’s TV broadcast is a top-rated program and has been nominated for an Emmy® for three consecutive years.

My Boss is Barack Obama

Native Americans Want to be Included in Race Talks