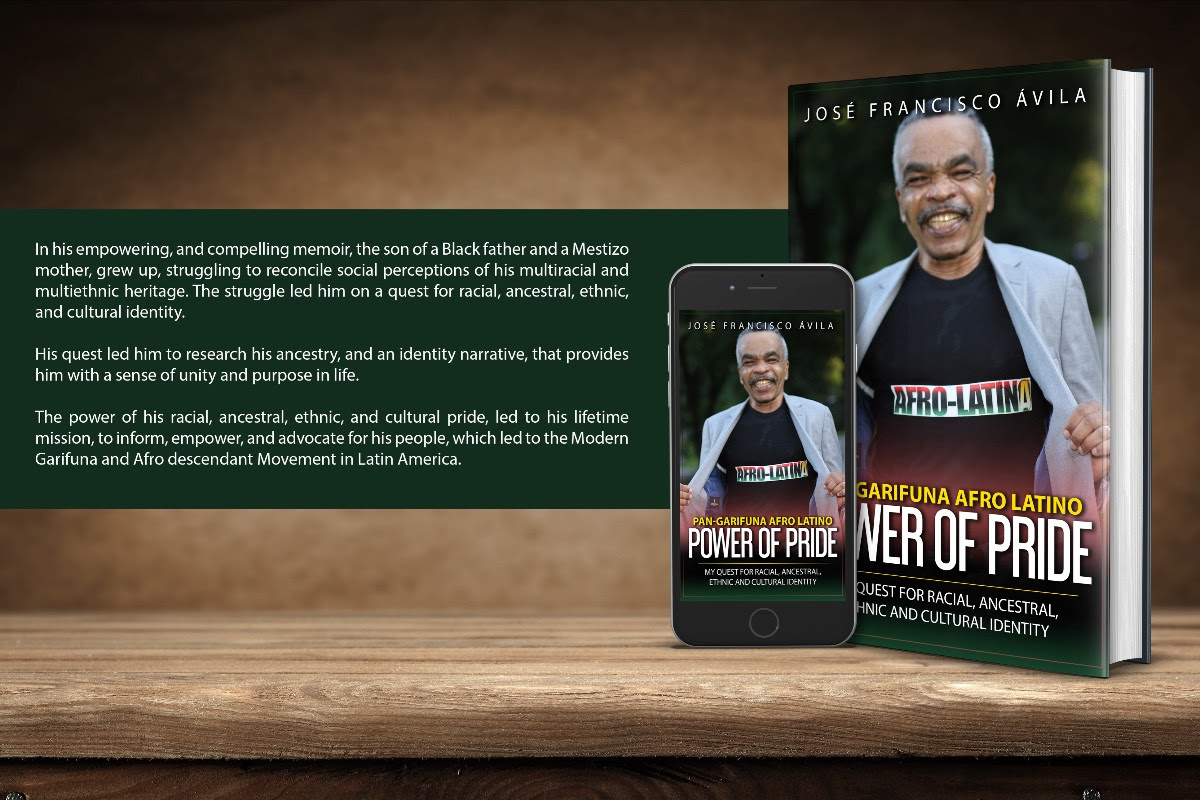 Bronx, NY, September 24, 2021:  José Francisco Ávila to announce the upcoming release of his book, Pan-Garifuna Afro-Latino Power of Pride:  My Quest for Racial, Ancestral, Ethnic and Cultural Identity.  (The eBook is available for pre-order in the Kindle Store  here)

In this empowering, and compelling memoir, the son of a Black Carib/Garifuna father and a Mestizo mother, tells the story of how his struggle to reconcile social perceptions of his multiracial and ethnic heritage, led him on a quest for racial, ancestral, ethnic, and cultural identity, which led to the Modern Garifuna and Afro descendant Movement in Latin America.

José Francisco takes readers on a compelling journey of how his quest led him to research his ancestry, and how the power of his racial, ancestral, ethnic, and cultural pride, led to his lifetime mission, to inform, empower, and advocate for his people, which developed into his grassroots social justice advocacy and eventually a transnational movement.

Reflecting on his lived experiences, he offers a unique and thoughtful exploration of how they influenced his thinking. From his birth in Honduras, where his father exposed him to social justice, migrating to Boston, MA, during desegregation, relocating to Dallas, TX, during the postmodern era of globalization and the Digital Revolution.

“I’ve spent the last few years reflecting on the stories I wanted to read but had not been written yet, therefore I decided to provide a platform to celebrate the accomplishments, achievements, and contributions of Garifuna people. Those stories, and my lived experiences, form the essence of the book’s storyline of Pan-Garifuna Afro-Latino Power of Pride,” said author José Francisco Ávila.

This powerful book captures José Francisco Ávila’s conviction that we need to narrate our own stories in our own words, to do justice to ourselves and to future generations. This is more urgent, in this era, where laws are being passed to eliminate curriculums which examine social, cultural, and legal issues as they relate to race and racism in the US., and the continued whitewashing of history.

The book will be available for purchase on Amazon.

Full details about the book along with further details can be found at www.josefranciscoavila.com

COUNCILMAN YDANIS RODRIGUEZ MUST APOLOGIZE TO All AMERICAN CITIZENS