I tried to write these words twice, but, I had to stop because I couldn’t find the best way to convey my full gratitude to Congressman John Lewis for the impact he will forever have on my life. I wanted my words to be perfect, but, I will settle for what is truly from my heart.

Congressman John Lewis was the epitome of a Hero and the transformative figure for multiple generations. I think about his life, where he came from, and how he became larger than life, but, still just a man.

Congressman John Lewis truly embodied selflessness, brilliance, mental agility, sacrifice, mentorship, love, leadership, and service to the people. He demonstrated these gifts even at a young age, showing wisdom beyond his years, in such enormity that it was analogous to answering a greater calling.

Born to sharecroppers, he saw beyond the fields and plows. Imagine still deciding that will not be your continual destination.

Reflect on being a young person, inspired to action by Rosa Parks and Rev. Dr. Martin Luther King, Jr. knowing that you could be beaten to death, marching so that others whose names you don’t know could have a better life…and yet, pressing on.

Reflect on being given the opportunity to be the youngest speaker at the March on Washington in 1963…all the while having the presence and awareness to embrace the magnitude of the moment.

Consider running for office, losing, and deciding to stay in public service as a staffer. Imagine running again against a local legend and being condemned by opponents saying you are trying to divide the Black community….and yet winning, rising, and uniting.

Envision that your friends, the heroes among us, were taken too soon, and having to bear the burden of the legacy of the Civil Rights champions for generations to come…and yet, welcoming the honor with pride.

I even wonder if the pain of losing his fellow titan of service, Rev. C.T. Vivian, who Dr. King described as the “Greatest Preacher who ever lived,” made Congressman Lewis decide that it was time to join his friends in the ultimate praise party in Heaven so they could March, not across the Edmund Pettus Bridge, but March to Zion.

Congressman Lewis was a brilliant organizer who was the epitome of turning pain into promise. I am privileged to have known the great man personally. He always made time to speak with me, no matter the size of the crowd or the lateness of the hour. You would always see my dear Alpha Brother, his Chief of Staff Michael Collins, by his side to just make sure that he was ok as the Congressman always wanted everyone else to be alright.

In November 2016, Congressman Lewis would be leading an Early Vote march for Secretary Clinton in North Carolina. The campaign asked me to join, and of course, I immediately said yes. There was just the matter of finding a replacement to teach my class at the Harvard Kennedy School that afternoon. Thankfully my friend and Brother General James “Tom” Hill was happy to cover, as he said that Congressman Lewis was also his hero. I joined in the class that day through videochat, so I could share the experience of marching with the great John Lewis in real time with our students. You could feel the energy from the streets over the phone – it was kinetic. During the march, I will never forget how, as we approached one building, a group of residents raised up the blinds in the windows just to see Congressman John Lewis as he waved at them. Their uncontrollable excitement was infectious, as they marveled that it was really John Lewis! 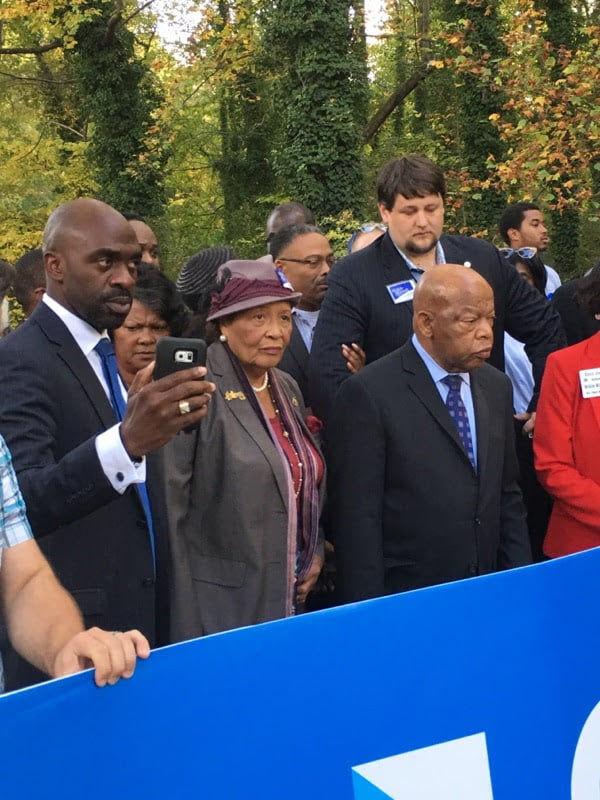 John Lewis always focused on the people, the cause and the moment, not himself.

Another fond memory that I will treasure was after an iVOTE event in Martha’s Vineyard, organized by our mutual friend Ellen Kurz. Following the great honor of presenting the Congressman with an award, I stood with Congressman Lewis and his Chief of Staff Michael outside by his car. He could have said it was time to go, and, I would have understood. Instead, he genuinely wanted to know how I was doing since the last time we spoke.

He asked about my family and what my next political steps would be in the coming years. But, most importantly, he wanted me to keep pressing on, and, he told me he was proud of me. With the exception of hearing this from President Barack Obama and my own mother, I haven’t heard someone tell me that they were proud of me and had it mean more to me in my life than hearing those words from the great John Lewis.

The photo that we took on that life-changing day sits above my dining table as a constant reminder that God allowed this genius named John Lewis to walk among us.

Last November in Atlanta for the presidential debate, I was seated behind Congressman Lewis and his Chief of Staff Michael Collins, our dear friend Stacey Abrams and her Chief of Staff Lauren Groh-Wargo, and Tamia Booker, Senator Cory Booker’s Political Director. I asked them to turn around and be in a photo, so that we could crystallize this moment: multiple generations, life-long relationships, and one cause – The People.

His raspy voice would uplift your spirit, every single time. His words brought spiritual clarity. I’m still at a loss that we have lost him. But, I am forever grateful to have been in his presence and to have had the opportunity to learn from him. 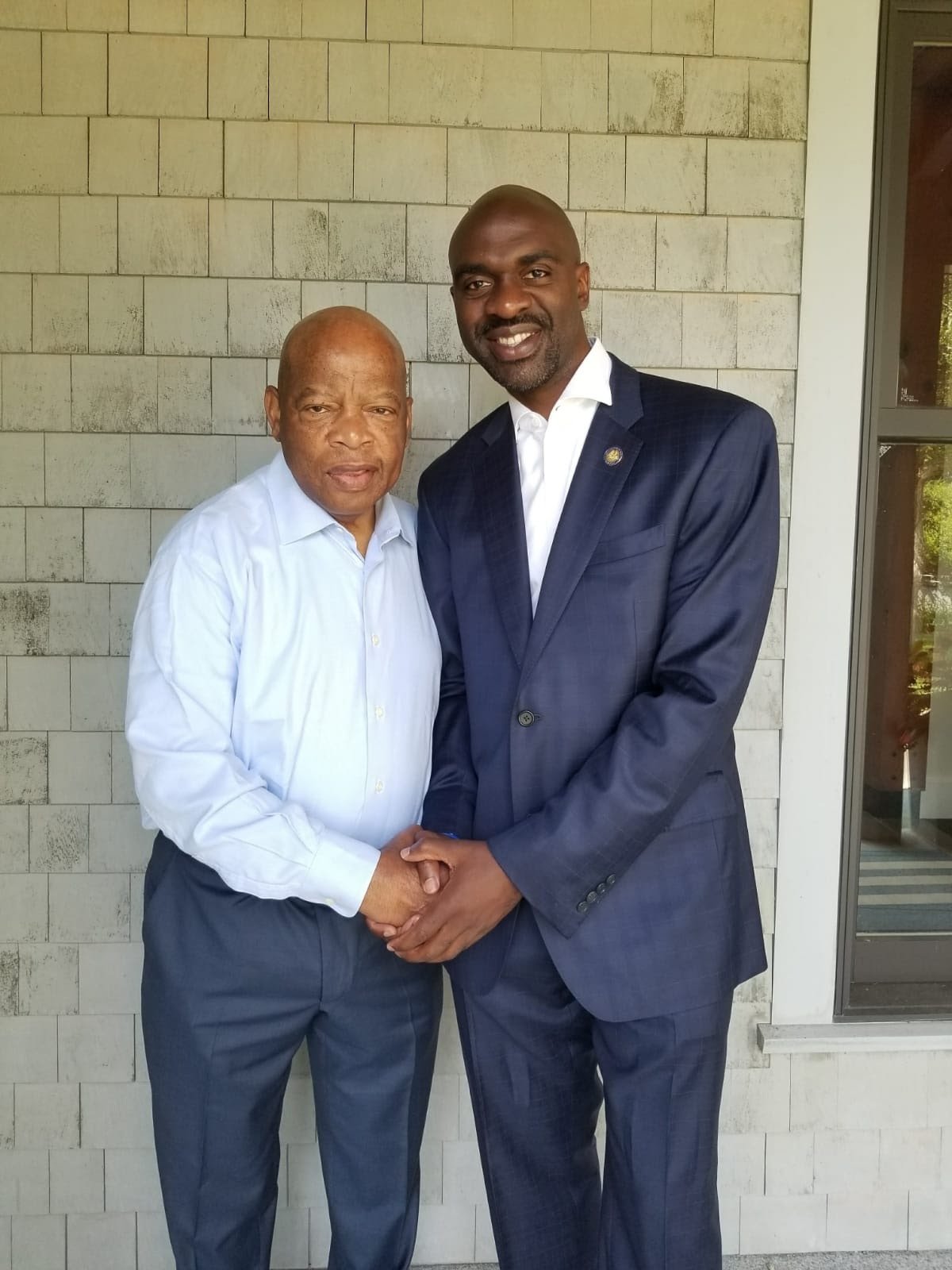 Congressman John Lewis, you are the good and faithful servant. You have run the ultimate race, and, you will be at His side in paradise.

As you told us, “If you see something that is not right, not fair, not just, you have a moral obligation to do something about it.”

We commit to turning the pain of 2020 into the promise of a better future for all. It was a true honor to receive one of your final earthly endorsements, and, I am even more committed to fighting for Justice and creating more Good Trouble in your name.

Operation Save Our Sons & Sisters