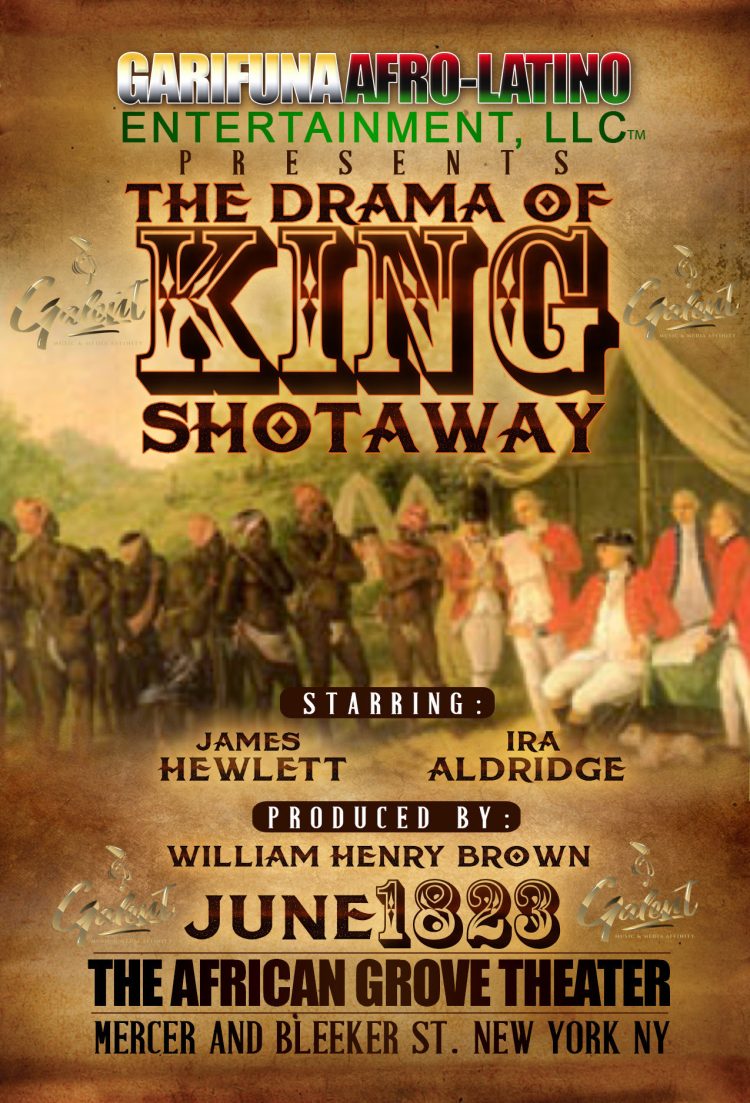 Thanks to the Supreme Court

As the “Cultural Capital” of the World, New York City has the privilege of hosting one of the original «Masterpieces of the Oral and Intangible Heritage of Humanity.» The Garifuna Heritage has enriched the cultural landscape of New York City for almost 200 years!

Playwright William Henry Brown wrote and staged the first African American play, The Drama of King Shotaway in 1823, a historical drama based on the Black Caribs (Garifuna) defense of the island of St. Vincent in 1795 against British colonization, led by the Paramount Chief Joseph Chatoyer.

Through his work as a ship’s steward, Brown had traveled extensively through England and the Caribbean, where he was exposed to different types of theater.

On his return to New York City, Brown bought a house at 38 Thompson Street and began the African Theatre Company.

According to the papers, Brown opened the first tea garden to “which the sable race could find admission and refreshment.” It was a great success and led Brown to build the 300-seat theater on Mercer Street. Here his company staged popular versions of Shakespeare’s Richard III and Othello.

They also presented original works such as “The Drama of King Shotaway,” which was performed there on June 20-21, 1823, recounting a 1796 uprising of Black Caribs/Garifuna against the British Navy Forces on the island of St. Vincent. This play is believed to have been the first full-length play by an African American performed in the United States. 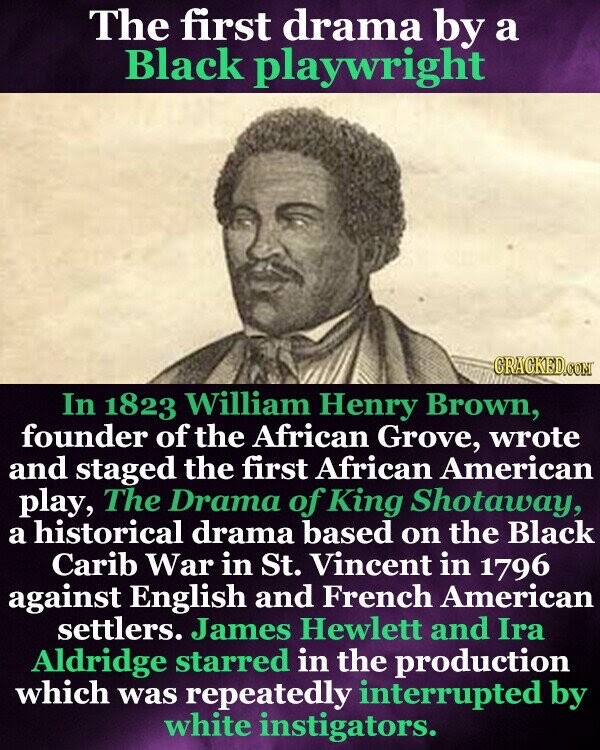 Photo credit: www.cracked.com
But the African American theater was an annoyance to the Park Theater nearby. Stephen Price, the producer of the Park, hired white rowdies to yell and “riot” at the African Grove. When the neighbors (including Price) complained, the police shut the theater down. The African Grove became a mobile theater for several years before closing its doors.

Brown and his Theater’s legacies live on in theater created by and for those of African descent and in the vibrant world of Black theater.

The Garifuna Heritage has enriched the cultural landscape of New York City for almost 200 years!   Garifuna History and a Caribbean American dramaturgist contributed to the vibrant world of Black theater.