Congratulations to our next Vice President Kamala Harris!

Today is the day that our Sheroes, Ancestors, Grandmothers and Black women who have paved the way for generations, have arrived for herstory. It is a day when Black History, Women’s Herstory, AAPI Heritage, Jamaican Independence, Black Greek Pride (AKAs) & Juneteenth all unite.

Congratulations Senator Kamala Harris on being selected as the running mate for Vice President Biden. We look forward to you becoming the next Vice President of the United States.

There are moments that can change the course of history, and this is certainly one. It is a momentous day that our next President Joe Biden just selected Senator Kamala Harris to be our next Vice President. She is an incredible leader and a visionary who has spent her life fighting for justice. She will inspire young Black girls and young women of color, such as my Goddaughter Rebekah, to dream and realize bigger dreams.

Senator Harris is only the second African-American woman, Jamaican American, and the first South Asian-American U.S. Senator in history. She’s a proud HBCU alum from Howard University, and soror of Alpha Kappa Alpha Sorority, Inc. Senator Harris is inspired by civil rights heroes like Thurgood Marshall, Constance Baker Motley, and Charles Hamilton Houston. She knows that it takes strength to stand up for those who most need it. She has spent a lifetime advocating for those who could not defend themselves.

I had the honor of working with Senator Harris, when she campaigned for then Senator Obama in Iowa, when she worked as a District Attorney, Attorney General and as a United States Senator during my time in the Obama-Biden Administration. Senator Harris is ready to lead immediately. We will need to protect, support, and stand with her. 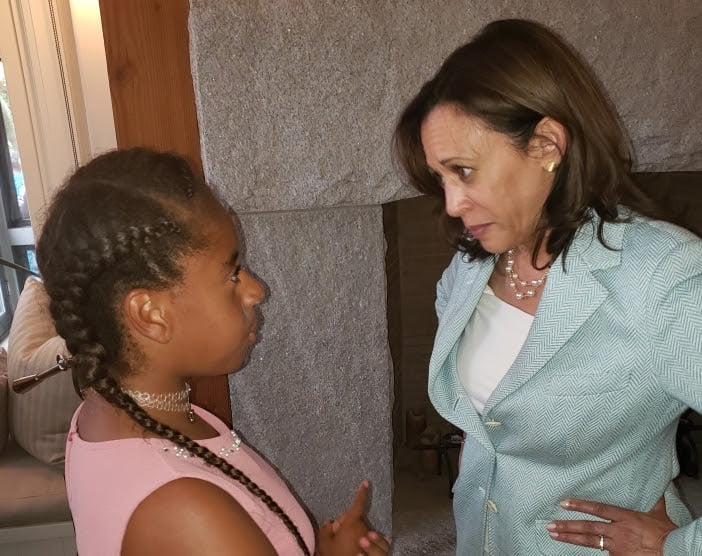 As a nation, we have had to endure a lot in the past 3 years and 8 months, and, it is time to Build Back Better. It’s time for big changes. It’s well past time that we have a strong woman in the Executive Branch of the United States and our next Vice President, Senator Kamala Harris is absolutely up for this job.

Please join me in supporting our next Vice President Kamala Harris and President Joe Biden.

As Vice President, she’ll be in the Situation Room and the Cabinet room, asking the hard questions about what’s broken in our government and our country, and helping Joe Biden get the answers.

We BELIEVE we deserve more for our country and with our next President Biden and next Vice President Kamala Harris as leaders we will transform our country for the better.

Join me in supporting our next President Joe Biden and Vice President Kamala Harris.

The Ancestors are smiling down. Walk in your Purpose, Senator Harris. We look forward to calling you Vice President Harris.