We also celebrate their families, the staff and everyone who played a part in saving our country and Democracy.

On the anniversary of Joe Biden’s first Senate victory, we have elected Joe Biden as our next President. We waited patiently for the past 5 days, and it is Philadelphia, where our democracy was created, and and where the people of Pennsylvania gave Joe Biden this win.

We cannot overlook the significance of the number 46. It was at age 46 that Joe Biden lost his beloved son Beau, and it is now that Joe Biden will be our 46th President.

Our President-Elect is a man who considers others and goes out of his way to reach out to people. Before a speech in New York, I casually asked the Vice President how he was doing, and he also asked about my Mama Hilary. I said that she was in Florida, and that she wished him the best. He told me to call her to say hello. I actually had to remind him, that he had to go and start his speech, but he wanted to say hello to my Mama Hilary! After checking on her and taking a moment to take this picture with me, he knocked that speech out of the park. That’s the kind of man Joe Biden is, and that’s who we have just elected to be our next President. 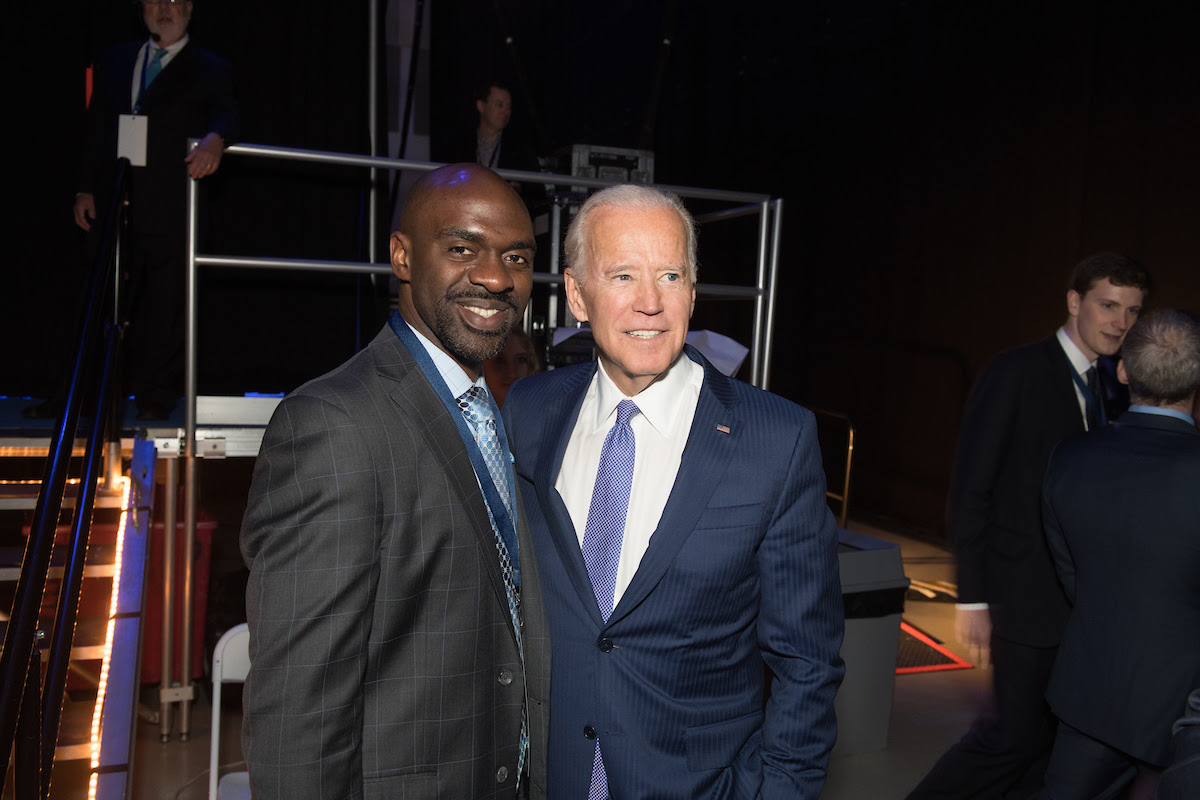 I remember clearly the excitement of seeing the picture when my goddaughter Rebekah met Senator Harris. Vice President-Elect Harris is a hero to her, and to all little girls of color, and to all of us, for showing what we can be as a nation. This is what their campaign meant by Soul of the Nation.

What a glorious day for our country, our world, our people. Nothing but God.

Today, we celebrate as we continue to battle for the Soul of the Nation TOGETHER!