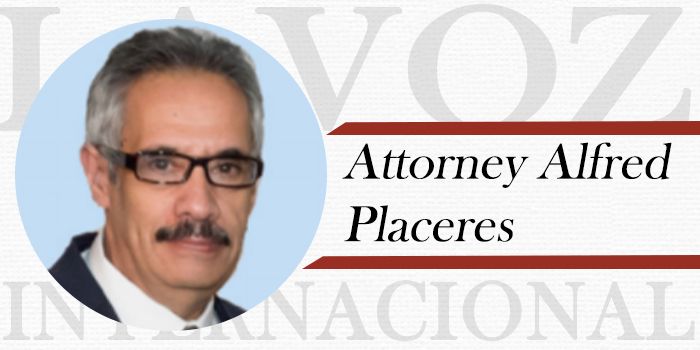 The 1986 Amnestia was much more restrictive than the immigration reform proposed by President Biden. No doubt, though, after the Republican legislators take a crack at Biden’s proposal and add border enforcement and employer sanctions, a compromise bill will wind up looking a lot more like the IRCA legislation.

The purpose of this short note, however, is not to speculate on what the final immigration reform legislation might be, but to sound the alarm. I want to alert the Latino Immigrant Community so they can prepare themselves to address a serious problem we faced with IRCA, and that I predict applicants will face again. Unfortunately, time is not on their side. They cannot delay. They need to act now.

Why the rush? Why is history about to repeat itself? Under IRCA, undocumented immigrants had a one-year time period from May 1, 1987 until May 1, 1988 to apply. Many immigrants were unprepared and unable to obtain the required documentation in time to submit their amnesty applications before the one-year deadline. During the 1987-1988 amnesty filing period, Latin American consulates located in midtown Manhattan found themselves with hundreds of their nationals camping outside, hoping to be one of the lucky passport applicants admitted into the building before the doors were shut.

Why were all these folks seeking passports? Under IRCA, an applicant without a valid unexpired passport from their native country would be ineligible to obtain an employment authorization card. No valid passport, no social security card. Nada. It was heartbreaking to see several of my clients lose their jobs when they took a day off from work to attempt to get a passport, only to be turned away at the consulate doorsteps after they had waited out in the street for hours, sometimes in the freezing cold.

I am convinced this scenario will play out again very soon for hourly-wage earners in non-union jobs. They will be lucky if their employers allow them a few hours off to obtain a passport, much less permit them to take off several days after their first Consular visit proves unsuccessful. I suspect that today, many if not most, prospective amnesty applicants do not have valid passports.

Applicants from Mexico and Central America are more likely to have in their possession a national identity card known as a “matricula consular,” but this is no substitute for a passport. What can we expect when, again, thousands of eligible amnesty applicants realize they need to obtain a passport and rush over to their country’s consulate?

My advice for those planning to apply for whatever immigration legislation President Biden signs into law, is that they hurry up and obtain a passport for themselves and for all their eligible family members. On an average day, there is a short line, or no line at all, for passport seekers at the consulates. This, I can promise, will change very quickly in the near future.

It’s time to heed the words of philosopher George Santayana, who warned: “Those who do not remember the past are condemned to repeat it.”

Attorney Alfred Placeres is a graduate of the University of Pennsylvania Law School and author of “Como Conseguir Los Papeles” published by Seven Stories Press. He served as a Past Chair of the Hispanic National Bar Association’s Immigration Committee.

Statement from Council Member Gibson on Shooting of NYPD Officer